I’m at the classy suburban branch of Penn Medicine, and the white trash in me is SO tempted to walk in and be like, “‘Sup. I’m here ass early in the morning to have you invade my vagina with technology.”

The gel they put on the wand was so cold it was like being fingered by a rocket pop, and it’s never great to have something inside you that you didn’t invite in (vaginal vampire?), but nothing terrible.

I realize I’m being pretty cavalier about what IS actually a test to check for big scary issues, but a) the initial biopsy they took came back fine so I’m pretty sure I’M fine, and b) I have no other mental setting than equating Very Serious tests to being fingered by a rocket pop.

P.S. Couldn’t help but notice your finger didn’t have a ring on it. Those are my second favorite kinds of fingers. Give me a call, I’ll show you how we make ’em my first favorite.

EDIT: Goddammit! What a tragic waste of being asked, “Room for cream?”!

I saw this movie WAY too many times during my adolescence, and this is one of the greatest things I’ll see today: Movie Yelling With Jaya and Matt: Fear.

“And like, I basically could not stop thinking this family is going to be FUCKED forever. Her little brother had to run over a guy to get keys off another dead guy to get a walkie talkie to call the cops! That’s a lot when you’re 10!”

“That ten year old had a DAY”

And yes, in hindsight, putting a guy’s hand up my skirt on a roller coaster does not seem smart, not least because, yes, “there is NO WAY Mark’s fingernails aren’t busted as fuck.” But hearing that Bush song totally still makes me wanna come on the Kingda Ka.

I’m not ashamed to say I went to Amazon to buy this movie after I read this, so I could watch it as a grownup, but it’s $10, and fuck THAT. How YOU doin’, Netflix?

P.S. “…And THAT’S WHY you don’t change the clock in dad’s office so you can stay out late getting fingered, honey. The moral really should be never get fingered on a roller coaster, though. That’s a terrible idea.”
“Do Not Get Fingered At The Six Flags.”
“The motto of the 90s.” 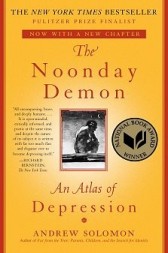 I’m reading this book, and while discussing the early history of depression and diagnosis, the author writes:

“Rufus found melancholy patients also suffered buildup of unreleased sexual fluids, whose putrefaction infected the brain… Galen shared Rufus’ belief in disastrous consequences of deficient sexual release. He treated one of his female patients, whose brain, he believed, was troubled by the noxious fumes of her rotting unreleased sexual fluids, ‘with a manual stimulation of the vagina and of the clitoris and the patient took great pleasure from this, much liquid came out, and she was cured.’”

So there you go — I’m not depressed, I just really need to be fingered by my therapist.

I may be having non-therapist sex fairly soon (fingers crossed, legs not so much). So here’s hoping that release will be its own form of mood stabilizer.

I can’t stand first messages on OkCupid that only say, “Pretty.”

You obviously think I’m pretty. The subtext of every online dating message is, “Hello. I find you attractive enough that I’d like to apply my penis to you in some way.” You could’ve shouted “pretty” from a moving car — it’s an online catcall. What else ya got?

Similarly, messages that just say “hey” or “hi.” What am I supposed to do with that? You may as well have just grunted at me.

I don’t have many dealbreakers, but the ability to construct a half-decent sentence is a big one. In the past 5 years I’ve known three men I could’ve easily dated and gotten naked with for at least a year. The only thing they had in common was that they were quick-witted, smart, and good conversationalists, which made them IMMENSELY sexy. (OK, fine — they were also all adept at fingering.) I don’t need a writer, I don’t need flawless grammar. But I’m turned on by words, and men who use them, especially behind a keyboard, where you have time to craft. So I’m not settling for “hey.”

Addendum: As I was writing this post, a first message came in that said, “Hey baby. Mmm” — sweet merciful shit, are you kidding me? I AM A LADY, MOTHERFUCKER!

Cheap at twice the price!

I had my own stuff to post tonight, but then I saw this and…welp, fuck it, we’ll deal with me tomorrow.

P.S. Just for me personally…dude’s not wrong.

That would also explain the tremendous calm that comes (heh) over me after it’s done properly. Namaste, people.