I know a few men who will see me on Facebook offhandedly saying I don’t understand something and then JUMP to explain it to me in my DMs, 1) as if I don’t have Google, and 2) as if I care.

I don’t need to understand everything, especially sports. I do not care how the Eagles won the game last night. And no one is rewarding me with orgasms or snacks for pretending I care, soooo I’m not gonna. Run along.

I MAY have been OkCupid ghosted because I told the guy I didn’t watch the Eagles playoff game last weekend.

Which, you know…that’s fine. Enjoy waiting for the Eagles to wet your dick. 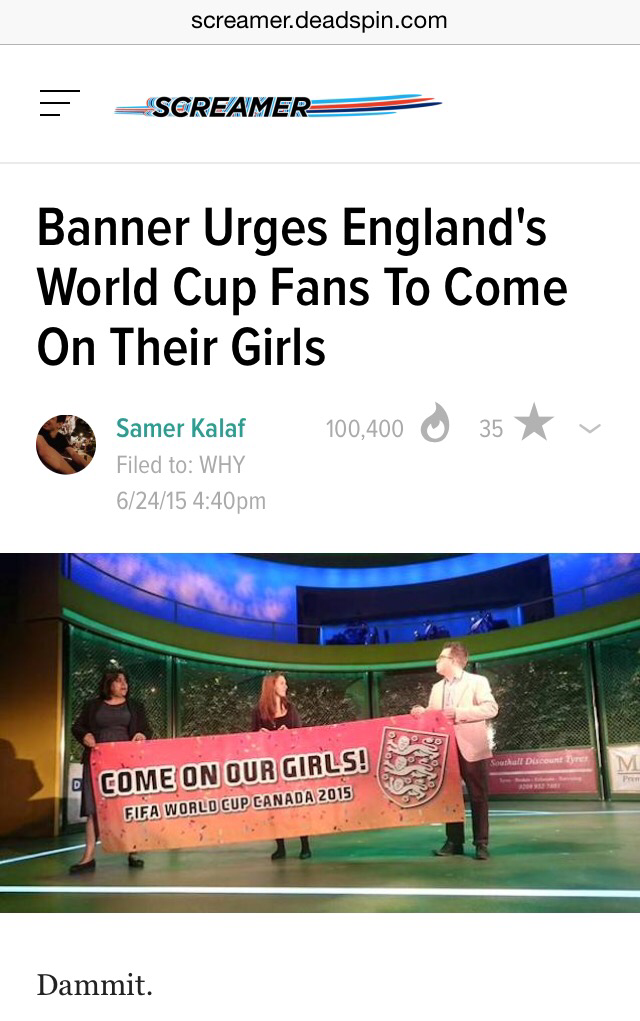 Aw, yeahhh. Rockin’ Friday night to kick off the holiday weekend… in my hometown, babysitting an old friend’s kid.

“Just hold the baby like you’d hold a football.”

“This IS how I would hold a football!”

Left to my own devices, I chose to spend my Sunday watching A Long Way Down (about four people who meet while attempting suicide, and I would, too, if I’d been in that awful movie) and Silver Linings Playbook (about an Eagles fan who was in a mental institution, which…you know, makes sense).

I feel as though I should be a little more concerned about how I spend my leisure time.

Hey, you people subscribe to my thoughts. So who’s the REAL weird one?

Ray Rice Cut by Ravens and Suspended by NFL

See, now I’m curious about this issue, and the NFL and Ben Rothless-whatever, and what behavior, exactly, is tolerated from these athletes. But I feel like I’m a) out of my element, and b) just going to end up hating humanity more than I already do.

Because, while I’m glad they did this, albeit months too late and, I think, only because they absolutely had no choice, aren’t we still letting other men play sports who have hit, and raped, women?

Or is it just that this one was dumb enough to do it in front of a camera? (Genuine question, one that’s probably already been asked a million times with no answers.)

My ex’s sister is still on my Facebook feed, and she just posted a photo of her husband and their two kids all jerseyed up to watch Sunday football.

Why am I suddenly verklempt about what a great father my ex is going to be and all the cutesy photos we’d take if we’d had kids?

Goddammit, brain. Your problem was never that having children wouldn’t be totes adorbs on Facebook. Knock it the fuck off.